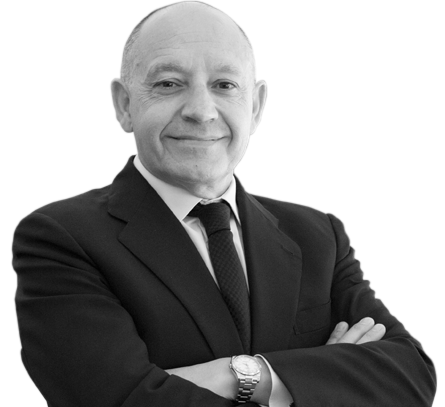 The Founder of the Company. Mr. Leopoldo Pons Albentosa, an economist with specialist qualifications in General and Corporate Economics, and a member of the Corps of State Tax Inspectors, on leave of absence.

He has been a guest lecturer and researcher at such prestigious centres as the London School of Economics, the Brookings Institution in Washington D.C., the U.S. Treasury Department, as well as Spanish universities including the Polytechnic University of Valencia, the University of Alcalá de Henares orthe University of Valencia.In addition, he directed the Master’s Course on Taxation offered at the Professional Association of Economists in Valenciafrom its foundation in 1981 until 2008.

In 1981, he passed the entrance exam to join the Corps of State Tax Inspectors, part of the Ministry of Economy and Finance, and also formed part of the Council for the Defence of Taxpayers. He subsequently held positions of responsibility in the Ministry of Finance, where he was appointed Deputy Director General of the Institute for Tax Studiesin 1986 and Director of its Library. He is a Licensed Auditor since 1990 and is listed on the OfficialRegisterof Auditors (ROAC).

He is the author of numerous publications in various fields of Economic Analysis and Corporate Economics with particular reference to Spanish and comparative Tax Systems and macro-economics.